Internet technologies in the service of World Youth Day

WYD is a tough event, not only logistically but also technically. The event was supported by the following applications created by ideo: MPK mobile timetable, Pope2016.com portal and DEON.pl portal.

WYD is not just a meeting of pilgrims with the Pope or several Holy Masses and common prayers. It is also thousands of people who are involved in the organisation of the event, as well as ongoing support and assistance. One of the most visible support groups of pilgrims are the volunteers - about 25 thousand people from 67 countries. They were helping 3 million people who e.g. wanted to reach to the right place, a place they had never been before.

To effectively transport such a large number of travellers, the Municipal Transport Company S.A. in Cracow launched 935 additional tram rides and 953 bus rides. MPK also decided to modify their application which allows users to check timetables on mobile devices (rozklady.mpk.krakow.pl) and servers customised which were responsible for handling such traffic. As a result, the application efficiently informed pilgrims about planned rides despite more than 7 000 000 page views per day (about 48 million during the week).

Event information was also provided by journalists and the Polish Press Agency in collaboration with the Catholic Information Agency. They prepared a dedicated platform for communicating with journalists from around the whole world. During the week there were over 3 000 different types of content published, along with more than 50 thousand photos and videos. Over 6 000 people were using the resources of the www.pope2016.com website which reported the remarkable event for the whole world. At that time, prepared materials reached everyone who was watching television, browsing websites or reading a daily newspaper in their country.

Lidia Sobańska PAP President says that “the websites main task was to provide objective and comprehensive information related to the visit of Pope Francis in Poland for World Youth Days. From the perspective of time, we can say that the portal effectively fulfilled its purpose. Publications that were prepared by foreign media on the basis of materials supplied by us, reached every corner of the world. Last week’s events, with our little help, became an important factor contributing to the positive perception of Poland by the foreign media and their audiences”.

In Poland, there was also a tremendous interest in the event on the Internet. Mainly every major portal ran a section devoted to World Youth Day just to catch the attention of the huge numbers of Internet users. The biggest Catholic portal - DEON.pl, also recorded a significant growth of interest which resulted in a fourfold increase in the number of users. At peak times, the number of page views exceeded half a million per day.

Piotr Żyłka DEON.pl editor-in-chief all the materials, that showed the fantastic atmosphere which was created in Cracow during WYD, gained great popularity. We have also seen a huge increase of interest in the Pope's statements. In recent days, people started acting more enthusiastically in a similar way as they were acting at the beginning of the Pope's pontification on Polish Internet. Users’ activity of our profiles in social media indicates that there is definitely a rise in the number of likes, shares and positive comments regarding Francis' statements".

According to the data collected by Brand24, results show condiderable activity among pilgrims. They published content in social media which reached over 460 million people. Nearly 6.5 million Internet users responded positively to the content through giving comments, shares or likes.

Such a big event has formed a positive image of Poland with tangible benefits. Many young people admitted that they would love to visit Poland again. Furthermore, information that was published by pilgrims and the media, can influence others to think about our country as an interesting and friendly place to visit.

Ideo Interactive Agency was responsible for the design and implementation of the MPK mobile timetable, the Pope2016.com portal and the DEON.pl portal. Content in those platforms was adjusted for people using mobile devices. The company implemented work related to the server configuration and management that supported the smooth functioning of the MPK and DEON.pl portal services.

Services tailored to your needs

In case of a temporarily increased demand for IT staff, it wouldn’t be easy nor profitable to hire a suitable specialist for a short time. To help optimise the costs of running a business We could offer You:


Fixed-price projects are our favorite. But our services could be realized also in accordance with the following cooperation models: 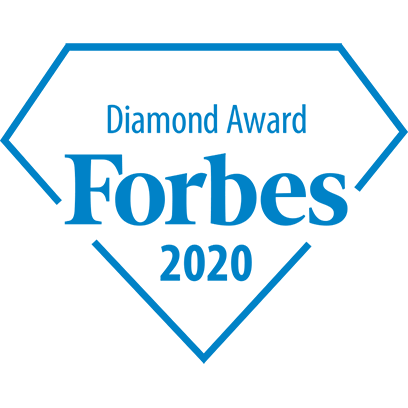